If you’ve turned on the news even once over the past decade, you’ve heard about the huge declines in bee populations. Much of this is believed to be related to certain harmful pesticides bees were exposed to, whether they were frequenting flowers around a farm or in a greenhouse. However, in 2017 if you procure your flora from plant nurseries, a promising change is taking place to prevent the harming of Bees in plant cultivation.

There’s no doubt that certain pesticides have been detrimental to bee populations. In fact, an 18-year study concluded that one form of pesticide was linked to “large-scale population extinctions.” And while many might view plant nurseries as a green industry, recent research showed that this wasn’t fully true.

In fact, tests at plant nurseries in 2013 and 2014 found that over half of the trees and plants sampled contained levels of pesticides that were potentially fatal for bees. Of course, plant nurseries weren’t the worst offenders in this area. In one South Carolina county, for instance, millions of bees died within moments of each other when the state sprayed mosquito killer via airplane.

It seems, however, that plant nurseries recognized the problem and began fighting back. The most recent tests conducted on the nation’s plant nurseries found that less than 25 percent of nursery flora contained dangerous levels of pesticides. This is a marked improvement over the samples taken between 2013 and 2014.

Benefits of This New Reality

Some who aren’t very informed on the bee issue may look at the decline in populations and say, “So what? They’re just a few bees.” This couldn’t be any further from the truth. And, as plant nurseries utilize less destructive pesticides, you could see benefits in a relatively short amount of time.

The simple fact is that a large portion of plants, including those that provide much of the world’s food supply, would simply disappear without bees to pollinate them. Hundreds of fruits and vegetables grown for human consumption depend on pollination by bees. The forage plants that livestock graze on are also dependent upon this pollination.

Since it’s speculated that colony collapse disorder is also caused by certain pesticides, it’s possible that this detrimental occurrence, which caused millions of beehives to collapse during a recent six-year period, could lessen as well. And if anyone tells you that plant nurseries alone cannot have a significant effect, remind them that the industry sees $41 billion in revenue and a 4.4-percent growth rate every year. Regardless of what anyone says, this is significant.

What This Means for Garden Centers

Whether a garden center gets its flora from a plant nursery or grows their own, the news of fewer pesticides presents amazing opportunities. First, it shows that large amounts of dangerous pesticides are not necessary for a bustling business. This means a garden center can reevaluate its use, and once this is done, the real marketing potential arises.

Over the past few years, social responsibility has become a huge issue for people around the world. In fact, over 40 percent of Americans state that they would pay more for a product if a company was committed to “positive social and environmental impact.” Regardless of what some people claim, environmental friendliness is certainly “in” and important to a growing number of shoppers these days.

Gardening centers can use safe levels of pesticide as a marketing point. They can also go the extra mile and toss “going green” into their marketing message as well. Beyond eliminating pesticides, by offering electronic receipts, utilizing energy efficient light bulbs, buying items such as tiered stands and using greenhouse benching and retail displays made from recycled material when possible, a gardening center can run a full marketing campaign based solely on eco-consciousness.

The reduced use of harmful pesticides in plant nurseries has huge implications for businesses and the world in general. This is certainly a step in the right direction, and if this trend continues, you might just see an end to the aforementioned “large-scale population extinctions.” 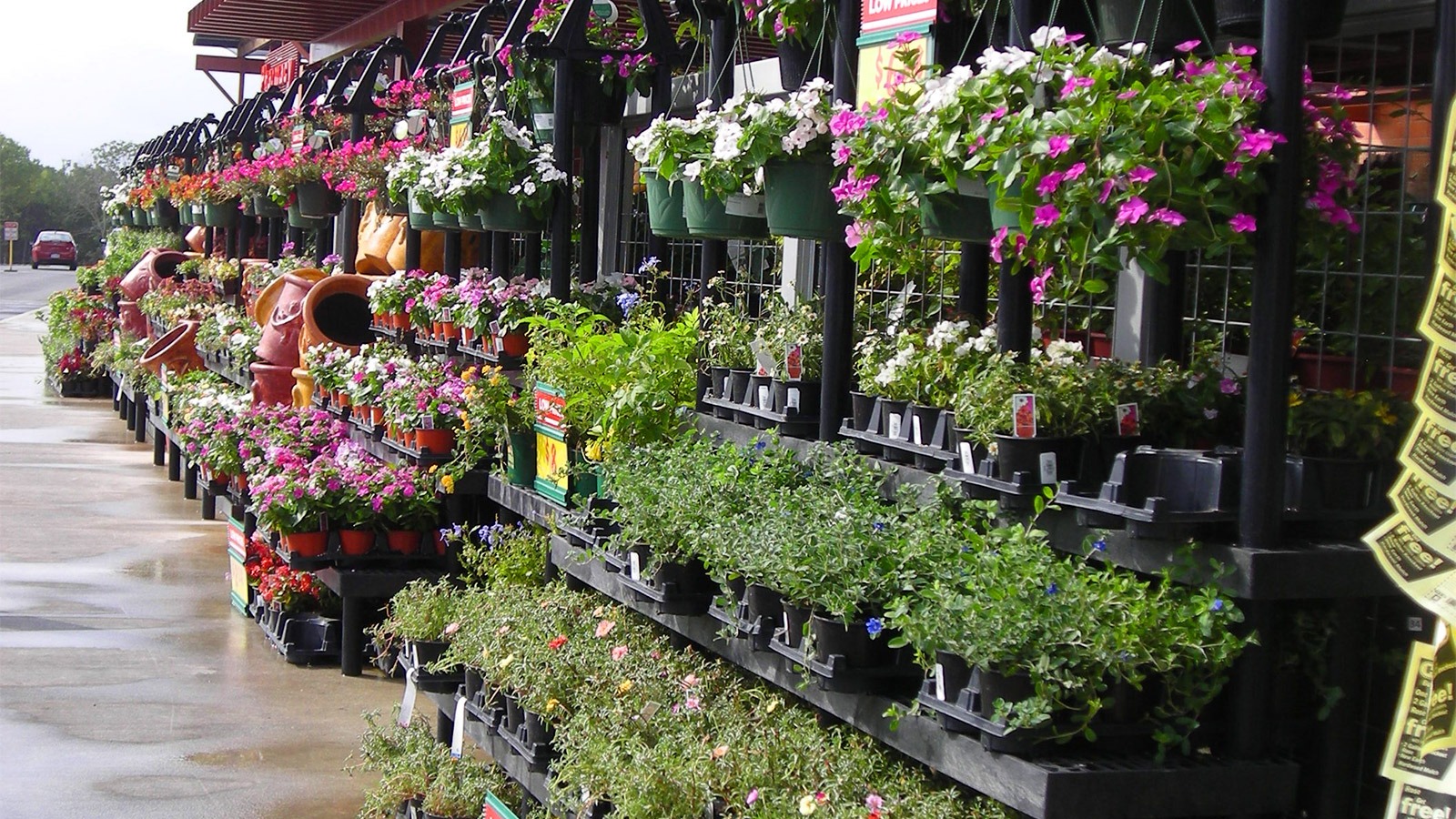 Client: H-E-B Vision: With so many sunny days and beautiful sunsets to watch, Texans spend a great deal of time outside. H-E-B recognized the need to provide customers
Read More

There are several interesting trends that many garden enthusiasts will likely be interested in. As garden center professionals you will want to support and provide services that help
Read More

Why Wood Fixtures are Not All They're Cracked Up to Be

Wood Displays vs. SPC Recycled Plastic Displays There are various considerations when it is time to invest in outdoor product displays, including durability, aesthetics, and sustainability. Certainly, the
Read More
© 2022 Structural Plastics Corp. All Rights Reserved. Terms of Use | Privacy Policy
Designed and developed by oneupweb